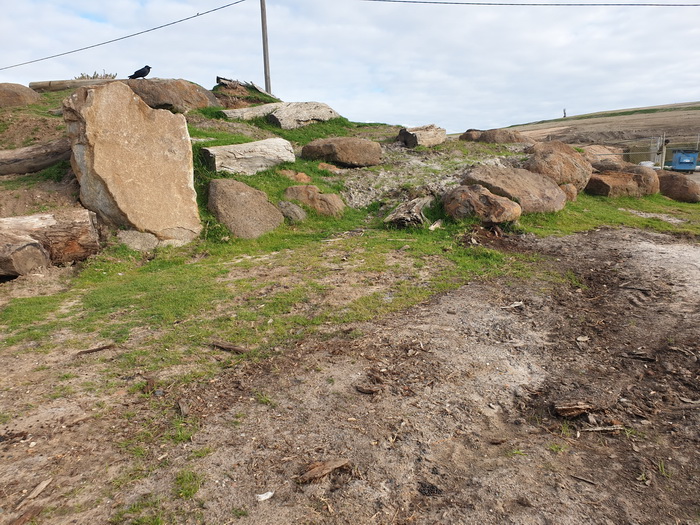 While most of us have been forced to either stay within the 5km radius of your house or a change in your working environment, John Wilson and Craig Genner have been spending many weeks at the club grounds moving rock, dirt and logs around for the 1st stage of the club ground refurbishment.

John was very generous in using his very own and new “tele handler” to do all the lift and pushing work required.

They even went to the extent of sewing new grass on many of the re-moulded mounds and new areas.

Most of the tyres have been covered over and a stock piles of rocks pushed aside to be used at a later stage.

The clubrooms were also given the same time and attention, looking much neater now.

And while that was happening, the car park has been completed raised by about 8 inches with new toppings added.

Stan was the key driver for this with many emails and phone calls to the tip owners over the past year to get this happening.

So next time you’re at the club enjoying the new areas, take time out to thanks John, Craig and Stan for a huge effort that they have done.

More news to come regarding opening up the club grounds again, keep an eye out for a post shortly.