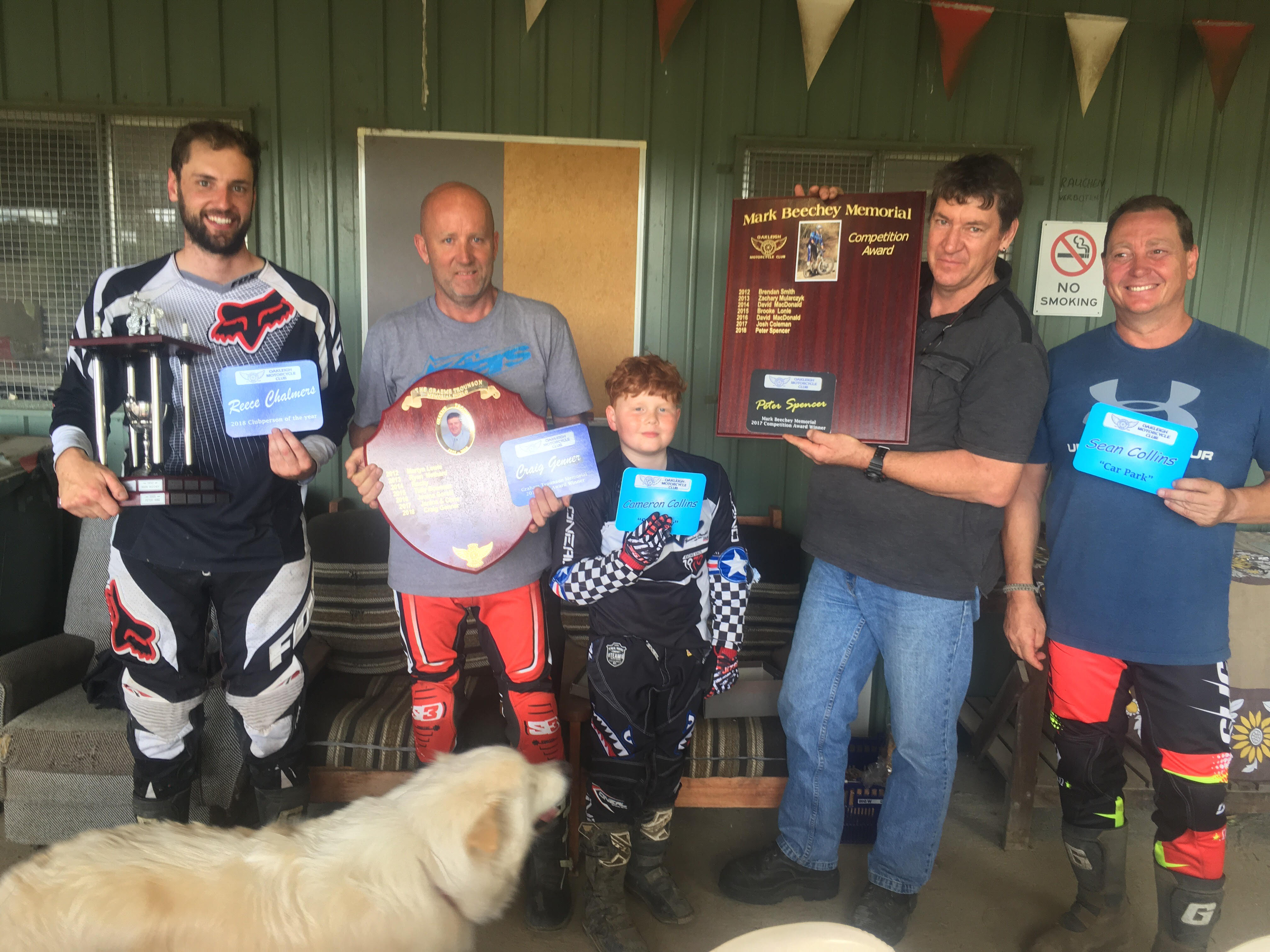 Sunday the 16th was the annual Membership Renewal and Presentation Day at the club grounds.

Plenty of people turned up to renew their membership for 2019 and were rewarded with a great day of riding before the soakings rains hit late in the afternoon.

There were a number of awards given out this year, recognizing both efforts towards the sport of trials and some memorable moments.

The next award went to Sean Collins who received the ‘Car Park’ award. The ‘Car Park’ nickname was assigned to Sean after being left at the Mt Baw Baw car park, waiting for other club members to come and grab him for. Lets just say that Sean was waiting around for some time whilst the others were out on a ride…. Sean has also been getting involved at the club events and working bees, thanks for your efforts Car Park!

Next award went to Sean’s son, Cameron Collins, who like his old man has been given an nickname, most likely against his will. Cameron was given the ‘Swampy Award’ for, well, falling into ‘the swamp’. The Swamp is the area just outside the club grounds which turns to slush in heavy rains. One ride, Cameron fell into the swamp and was covered head to toe, which was unfortunately not without its spectators… hence the nickname. Swampy has been given trials a go with the old man and his skills are improving each ride, keep it up.

The next award went to Adeleine Rees, who received the encouragement award. Adeleine has been joining her Dad, Dylan Rees and Grandfather John Rees in the trials circuit this year on her little Oset. She has been riding well and has a bright future with some very skilled coaches in the family. The Appreciation award this year goes to Father and Daughter Angus and Emily McIntyre. When the club has asked for observers for many of our event, Angus and Emily are the first to put their hands up. Both have observed at multiple events this year, including the VIC Titles and Aussie titles. Your efforts and contributions to trials is greatly appreciated. 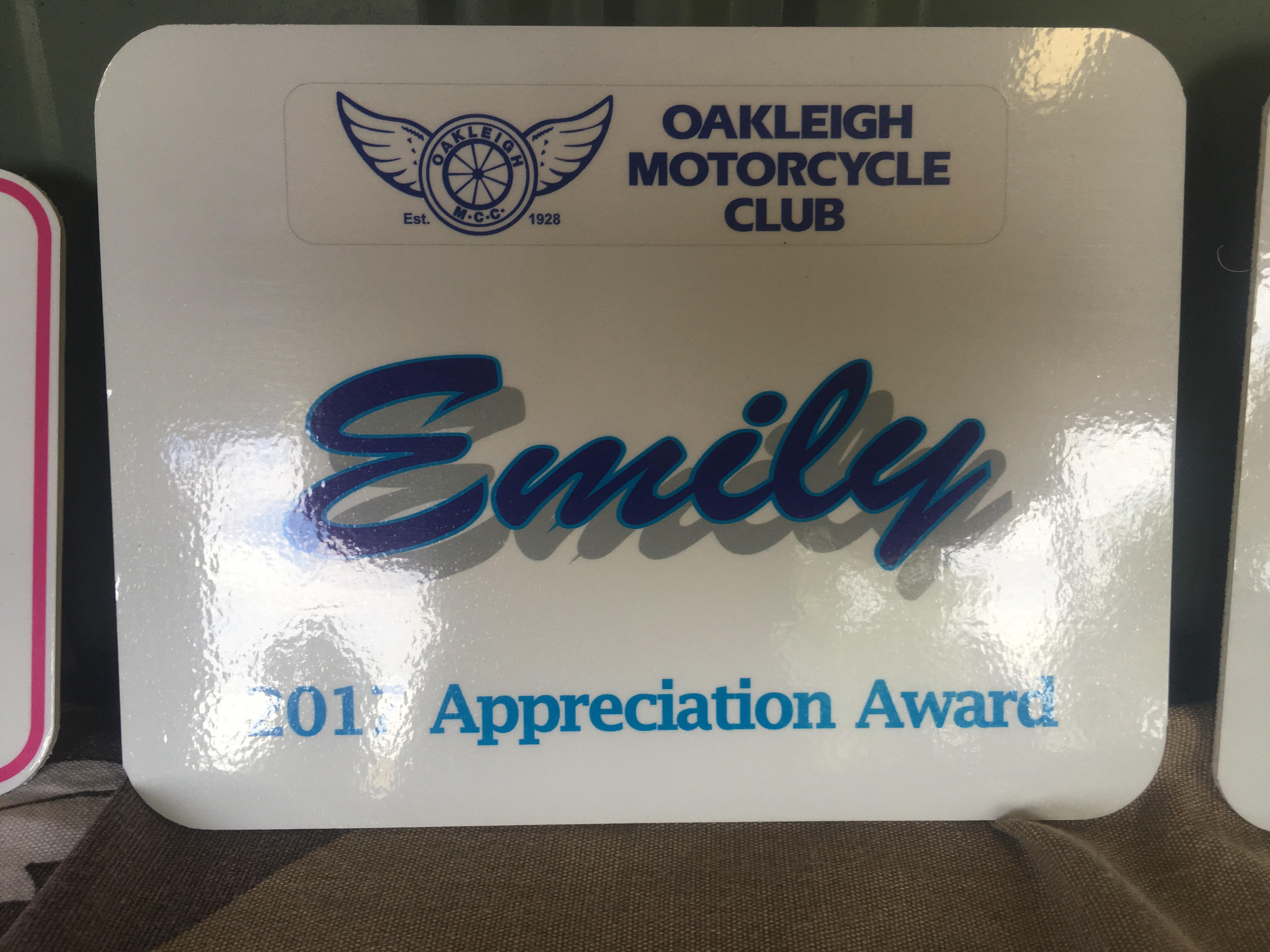 Peter Spencer took out the Mark Beechey award for the highest score across the VTS Series on the Honda Twinshock. Peter is also a regular contributor to the club, observing at multiple rounds and helping out working bees. Well deserved. 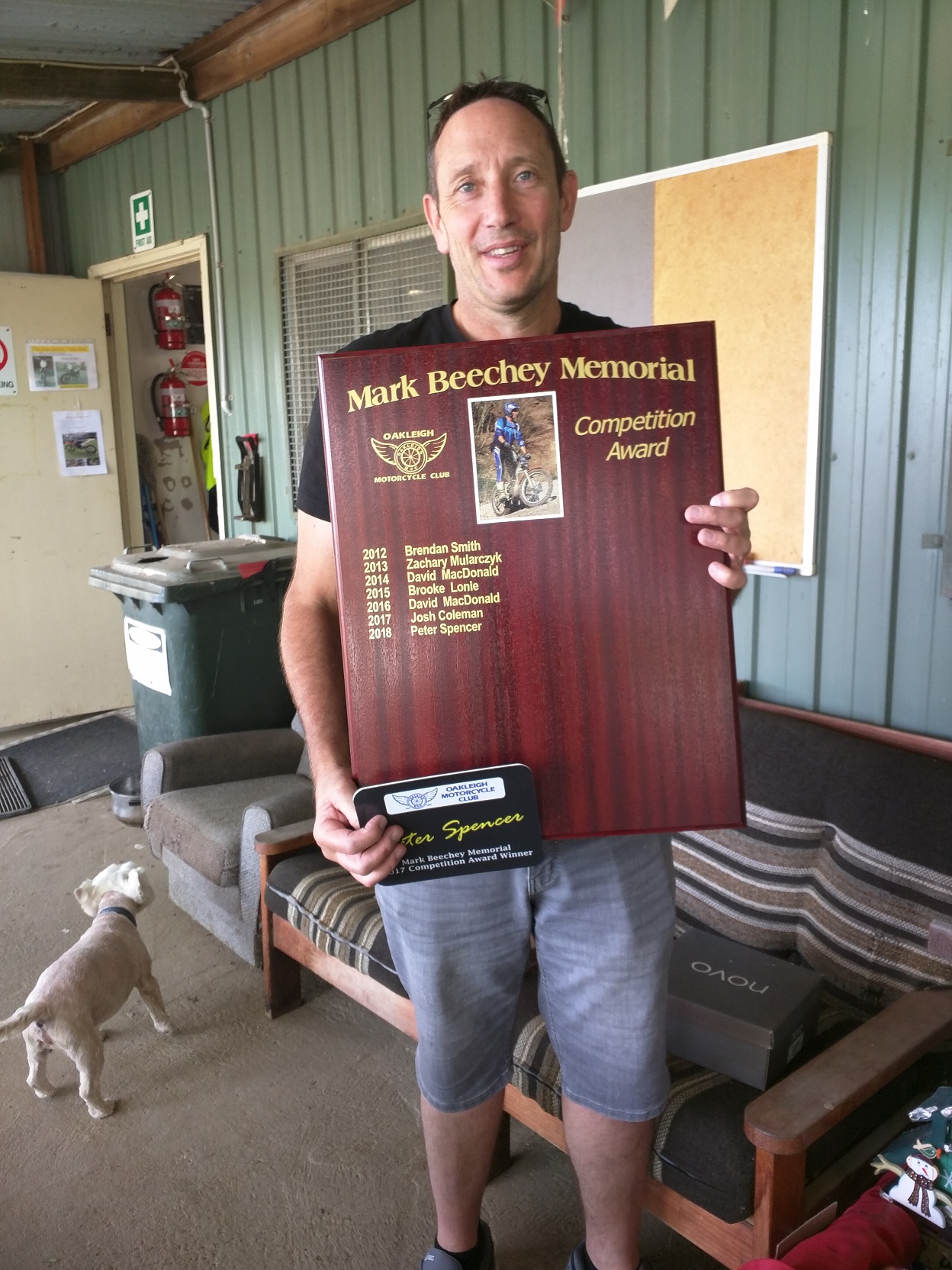 Craig Genner was award the Graham Trownson Memorial Award. Craig has been a member of the club for only a couple years but since joining has gotten stuck into the meetings, observing, section setting and working bees. Craig hasn’t missed getting involved in any OMCC event this year and has certainly been noticed and appreciated. Well done Craig, thank-you for your contribution. 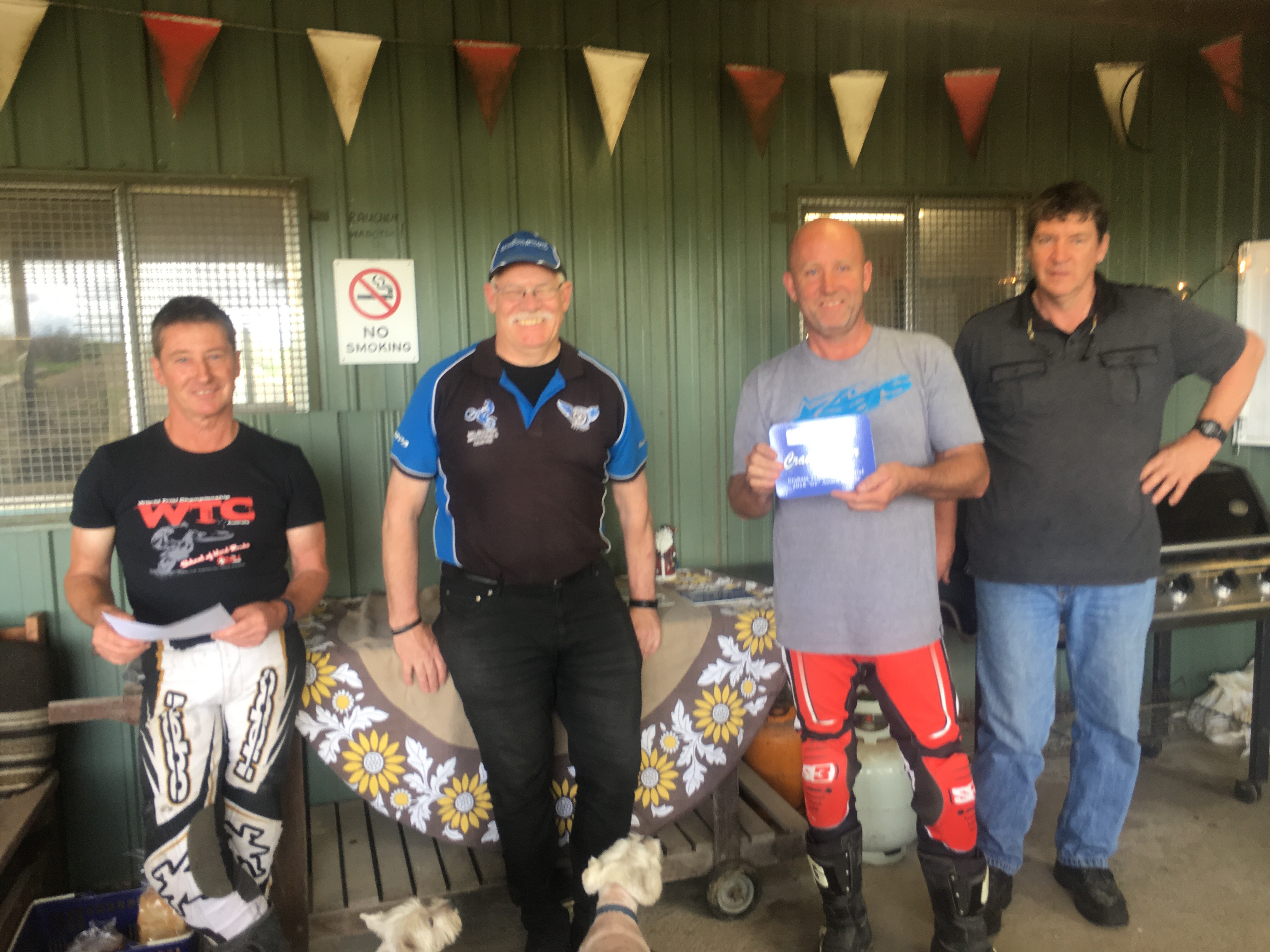 The Club Member of the year award goes to Reece Chalmers. Reece has been actively involved in the club for the last two years, running the social media for OMCC. Reece is a regular at section setting and observing at events. Reece is also involved in a lot of the behind the scenes work, updating the OMCC website, organizing the temporary online scheduling for the hire bike, event promotion, taking photos at OMCC events, making videos and sending emails to club members. 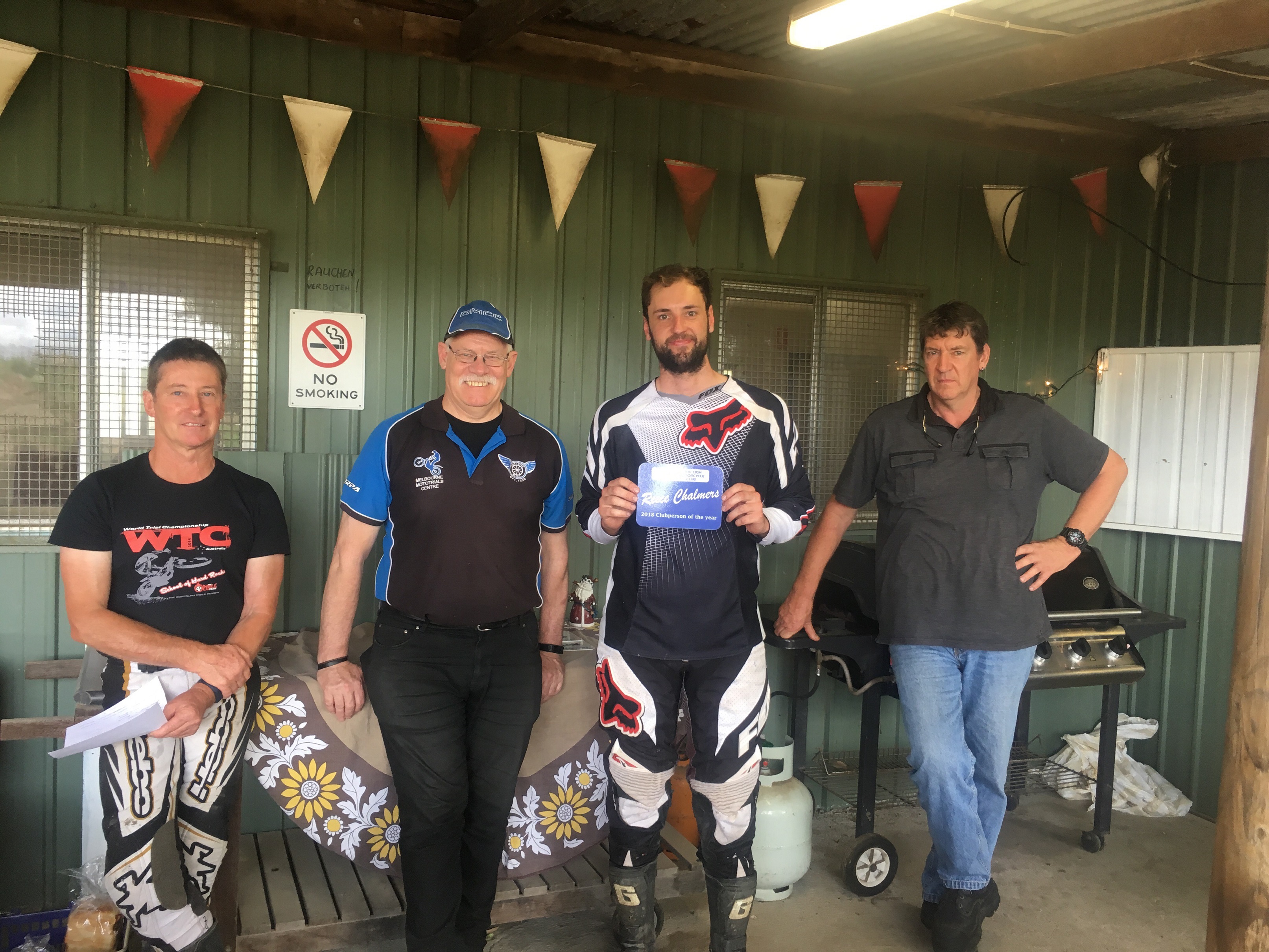 Lastly, a big thanks to all who gave up their time to get involved in the event or running of the club. We simply could not do it without you.

OMCC looks forward to another big years of trials. The first event will be at Mt Baw Baw on February the 3rd, now the first round of the VTS series.